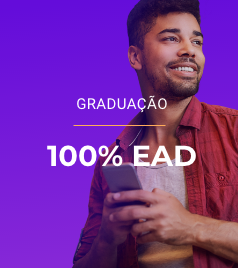 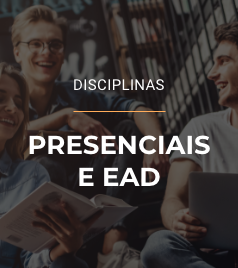 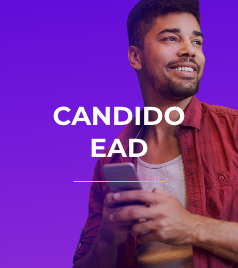 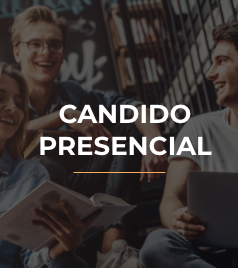 Página Inicial / Institucional / Who We Are

In the 1950’s, the Academy was transformed into the Candido Mendes Technical Commercial School (Escola Técnica de Comércio Candido Mendes), exclusively consecrated to secondary education. In the same decade, Candido Mendes de Almeida Junior creates the Candido Mendes Law School (Faculdade de Direito Candido Mendes) with its headquarters in the Convento do Carmo, at the XV de Novembro square. The School establishes a standard of excellence in the area of legal studies and pioneers the teaching of forensic practice.

In the 1960’s, his son Candido Mendes (rector from 1997 to February 2022) inaugurates the University Institute for Social Researches of Rio de Janeiro (Instituto Universitário de Pesquisas do Rio de Janeiro– IUPERJ), consecrated to strictu sensu graduate studies, initially through the master degree program and, later, with its extension to the PhD in Sociology and Political Science. The excellence in teaching and the outstanding quality of the research program of the IUPERJ are nationally and internationally acknowledged.

In the decade of 1970, the then Faculdade Candido Mendes is expanded towards Ipanema, developing programs of technical-scientific training and Business Administration courses, in a move that ended up giving rise to the campi of Campos dos Goytacazes and Nova Friburgo. It was there, in Ipanema, that the Candido Mendes Cultural Center (Centro Cultural Candido Mendes) was established, becoming a reference for the carioca culture and a forerunner in a series of initiatives in the areas of movies, dramatic arts, painting and sculpture, poetry, video, and extension activities for the community.

As from 1997, when a presidential decree acknowledges Candido Mendes as a university specialized in the area of Human and Applied Social Sciences, new courses and campi are created, among them the units of Tijuca, Centro (Pio X), Padre Miguel, Jacarepaguá, and Méier, besides those of Niterói, Petrópolis, and Araruama, in the state of Rio de Janeiro, and Vitória, in the state of Espírito Santo.

In 2001, the Institute of Humanities was established, integrating teaching, research and extension, with a large program of scientific initiation. The Institute aggregated two centers of studies and undergraduate courses in the modalities of “Bacharelado” and “Licenciatura”, in addition to graduate courses in Social Sciences, History, Literary Studies, International Relations, and Cultural Production.

The Candido Mendes University is distinguished from its counterparts for its characteristics as an institution historically committed to the excellence in its research activities and graduate studies. For such aim, it maintains several research centers and institutes, four Master’s Degree programs and two doctorate programs, and dozens of latu sensu graduate programs. The University publishes seven academic journals, among which the prestigious Dados – Revista de Ciências Sociais.

The University is also known by the accomplishment of important national and international seminars which allowed bringing to Brazil expressive personalities of different countries, including Nobel Prize winners.

Distributed into a total of 11 units with 17 undergraduate courses, and several others in the sequential and technological modalities, the activities of the Candido Mendes University involve more than 10 thousand students and about 500 teachers and researchers. Such activities give continuity to and are supported by a tradition of excellence more than a century old, a solid base that assures for the University its status of national and international reference in Human and Social Sciences.

Since 1902 we have refused to be a lucrative undertaking. We organized ourselves around the idea of a cheaper – not to say symbolic – price to satisfy the hunger for education felt by the lower middle class made up of shop attendants and cashiers who yearned for a new career and professional status that could ensure them security and expand their world of knowledge. At the very outset, Candido Mendes, the Count, warned everyone around him that educators are not water vendors, that is to say, rather than exploiters of the dramatic scarcity of such utilities in under-developed countries, they change the over-profit so offensive to national poverty into feasible cost.

On creating the Faculty of Political and Economic Sciences on 2 June 1919, the first branch of our university trajectory, Rio de Janeiro’s first university research institute was established. The seed was prophetically planted; the founders understood that no purpose was served by formally transmitting knowledge without the shock of experimenting, in a country used to exhaustively reproducing models from overseas and disguising its own reality. We kept obstinately to the promise and in 1963 saw the concretization, under the same name, of the first private research institute in Social Sciences, our branch of excellence that used to stand in Praça Pio X.

After opening Brazil’s first Faculty of Advanced Economics and Accounting, together with the Álvares Penteado school in São Paulo, until the late 1930s we fulfilled the role of providers of the final curriculum of these disciplines. We realized that the scientific study of power could finally become the country’s first post-graduate course in Political Science in 1967, later joined by Sociology at the same level of academic excellence. Like Clark Kerr, we conceived the multiversity, not the poor classic profile of studies all piled together in a single campus.

We envisaged the clear pattern of our basic offer of Social Sciences – Law, Economics, Business Administration and Advanced Accounting – as the one represented in the Praça XV matrix. What motivated us was the idea of reproducing this same module of excellence and tradition forged over half a century ago, in other areas of Rio de Janeiro.

We reproduced it in Ipanema, offering another option of education in an area at that time traditionally shared by the Pontifical Catholic University (PUC) and Santa Úrsula University.

We proceeded to the implants in Campos and Friburgo. This expansion was driven forward by the idea of creating an original private space for education that would progressively cover the whole state. This was at the same time an attempt to avoid the forced migration of students within Rio de Janeiro, often accompanied by the risk of nipping in the bud – through their not returning to their original towns – vocations in the North or Center of the state where they could give the best of themselves by going back to the original milieu that first saw their talents blossom. The campuses that came next were Niterói, Tijuca, Méier, Jacarepaguá, Penha, Araruama, Santa Cruz, Bangu, Padre Miguel and Guadalupe.

Our voice was not hushed by authoritarianism in 1964, during the winter of the polemic that rendered Brazil speechless and daunted its spirit. Through the years of military government, Candido Mendes University invited various international thinkers to keep alive the restlessness of Brazil’s intellectual spirit and expose it to the demands of humanism. Arnold Toynbee, Gunnar Myrdal, Judge Douglas of the American Supreme Court, Edgar Morin, Bob Kennedy, Paul Rosenstein-Rodan, Georges Lavau, Everett Hagen, Samuel Huntington, Alex Inkeles, Talcott Parsons, all of them proto-persons, lent us their word and showed us the direction of their wisdom in a country silenced.

These twelve decades of an old passion for excellence have been enhanced by a spate of educators, devotees of the exclusive conviction that this is the best of all services. In their premonition, or in the insistence on past values, in the courses and spirit of the learning offered, we maintained Roman Law and opened the first courses in Economic Public Law. We insisted on Juridical Deontology and implanted the first course in Forensic Practice – FUCAM – ahead of the Board Examinations.

Ours is a community house, not a house just for friends, ferocious in its beliefs and in the absolute truth of a passion and a dignity in caring for this task and obsession that we inherited from Candido Mendes Senior (1902-1939) and Candido Mendes Junior (1939-1962).